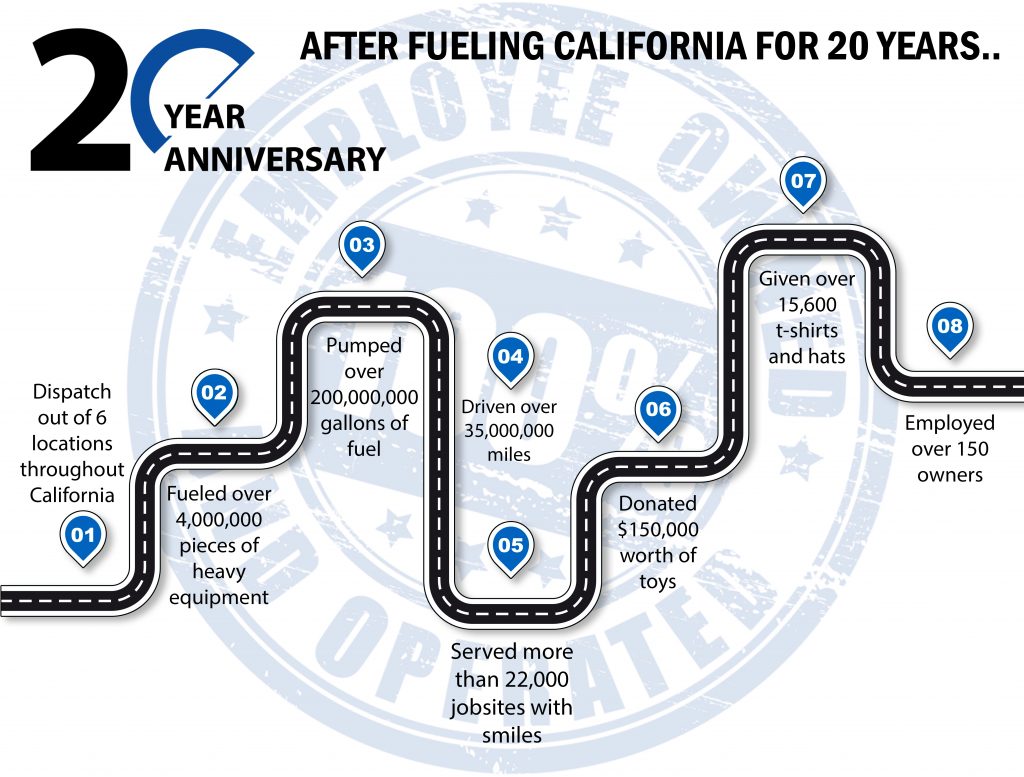 Rooted in humble beginnings, Pacific States Petroleum was founded by Kevin Maddox in May of 2001 with the help of his childhood friend, Jeff Pitcock. Jeff, who operated a Chevron distributorship at the time, informed Kevin of the calls he would occasionally receive for fuel on jobsites that his trucks were too large for. At that moment, the idea was born – the idea to deliver small amounts of fuel to customers with unparalleled customer service. The formula from the beginning has not changed. Treat employees with respect and deliver the highest level of customer service.

Since then, PSP has grown exponentially – from one team member to over 150, from one pickup truck to a fleet of 95, with no plan on slowing down any time soon. One key to success, Kevin will tell you, is to never be afraid to hire people smarter than you. Building a great team is challenging, from professional drivers to dedicated administrators, but finding people with certain skillsets and investing in them makes a difference. This past year PSPI became 100% employee owned, giving its team members real ownership and an opportunity to create a future where they have a voice and a financial stake in the future of PSPI.

We would like to extend our gratitude to our customers for their support throughout the years. From late night emergency deliveries to fueling generators on top of mountains, providing meaningful customer service to our amazing clients has greatly contributed to our success.

Here’s to another 20 years!