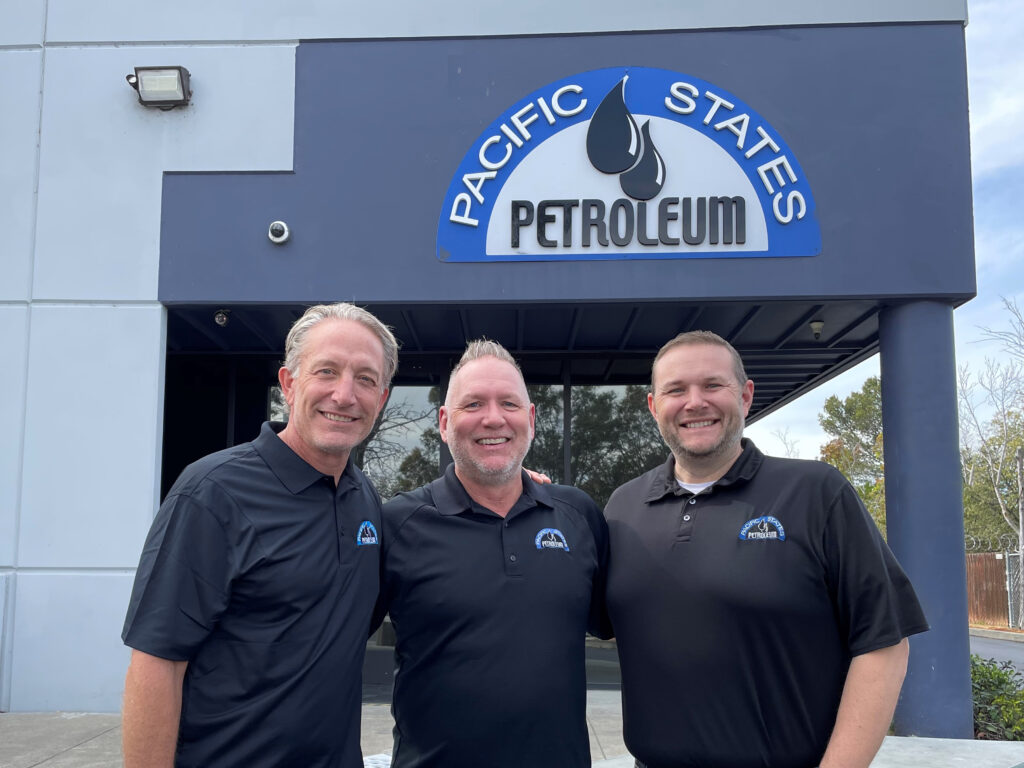 We are happy to announce several leadership changes in the company. As of January 2022, Kevin Maddox has transitioned from President to CEO. Kevin founded PSPI 20 years ago with one truck and a big idea – to deliver small amounts of fuel to customers with unparalleled customer service. Since then, PSPI has grown exponentially – from one team member to over 200, from one pickup to a fleet of 95 fuel trucks, the company has not slowed down since it opened its doors.

Taking Kevin’s place as President is former Vice President, Chuck Phelps. Chuck joined PSPI 11 years ago and immediately took on the position of Vice President. Under his leadership we have expanded our product line and service areas to include propane, all fuels and transportation services now covering the entire state of California. The growth of our company would not be at the level it is today without his leadership. Chuck has the perfect mix of strong leadership, industry knowledge and drive with a consistent eye on the future. With Chuck at the helm, the future of PSPI has never looked brighter.

Lastly, taking on the role of Vice President will be former Director of Sales, Mike Louis. Mike began his career with PSPI 8 years ago as a Propane Sales Representative. Within a few months he took over the role of Account Manager for all products in the Sacramento Valley. Over the next 6 years this territory experienced significant growth due in large part to Mike’s sales and operational efforts. Approximately 2 years ago, Mike was promoted to Director of Sales for PSPI and Cal-T. In this role he managed the daily sales efforts of all of California and has been instrumental in driving profitable growth through all product lines. His consistent high performance and ability to bridge differences between departments makes him one of the most respected members of our team.

“Our company’s success stems from our people. We are proud to be Employee Owned where every member has a voice and role in our success. We will continue to move forward together, building an inclusive team that rewards all those contributing to our collective success.” – Kevin Maddox